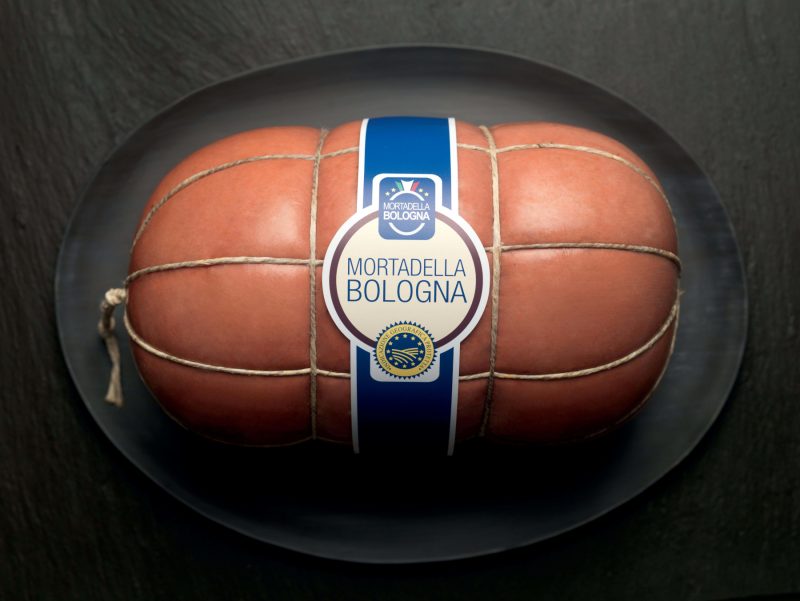 The tasty cured meat is so linked to the Emilian capital that many, in the world, know it by the name of “Bologna”

The art of Italian cured meats is known all over the world and its oldest traces are found since the pre-Roman era.

The need to transform pork into a valuable and long-lasting product led to research for new methods of preservation and, consequently, to create different varieties of cured meat.

Among the thousand delicatessens, one, in particular, boasts a rich history of testimonies, faithfully traced and preserved: the Mortadella of Bologna IGP.

It is enough to go to the Archaeological Civic Museum of the city, to retrace the steps in search of its origins, rooted in the ancient Etruscan Felsina and the Bonomia of Gauls Boi.

Already considered by the Romans a work of great food craftsmanship, it is in 1661 that its production is codified thanks to the ban issued by Cardinal Girolamo Farnese to protect it from imitations and counterfeits: one of the first examples of disciplinary, ancestor of the current IGP and DOP marks.

Moreover, the Mortadella of Bologna was considered a product intended for the tables of the nobility and the upper bourgeoisie… Suffice it to say that the price was three times higher than that of ham, given its special workmanship that required highly specialized artisans.

The production was regulated by the Corporation of Salaroli, one of the oldest in Bologna, which then applied the required guarantee seals on the precious sausage. Only with the advent and the spread of the health industry, in the nineteenth century, Mortadella gets rid of this elitist aura, invading the tables of every social class and becoming a product accessible to all, even to the workers that have made the sandwich with mortadella a great popular symbol.

Protecting it, however, is not an exquisitely old necessity: 3 years after obtaining the IGP mark, in 2001 the Mortadella Bologna IGP Consortium was established to continue to preserve this product heavily subject to counterfeiting. 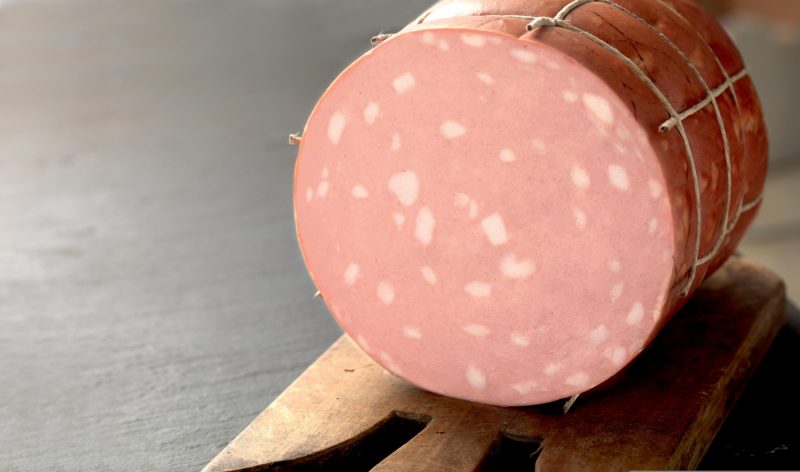 The selected pork meat is passed in 3 mincers to obtain a creamy emulsion, enriched with salt, pepper, and fat cubes cooked (minimum 15% according to the Disciplinary). Once the dough has been bagged, the stewing phase begins in rooms saturated with dry air, with cooking times ranging between 8 and 26 hours, until they have been reached 70 C to the heart. After this period, we move to the shower in cold water, then to cooling in the cell.

With its unmistakable, intense, and slightly spicy aroma, Bologna Mortadella IGP is the fundamental ingredient for the filling of tortellini and the lesser-known balanzoni, but you can also try it in the mousse version, a great classic of Bolognese appetizers.

Discover the other products 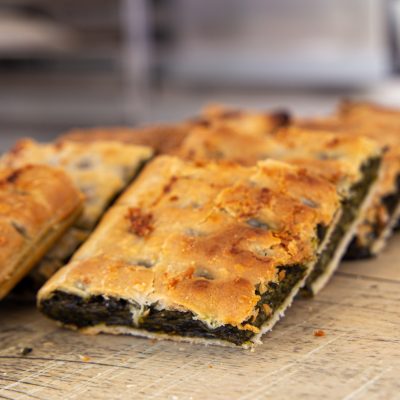 L’erbazzone is close to reach the excellences of Emilia Romagna

Another product of the Emilian tradition, theerbazzone, is preparing to become part of the basket of PDO and PGI of Emilia-Romagna, now at 44. 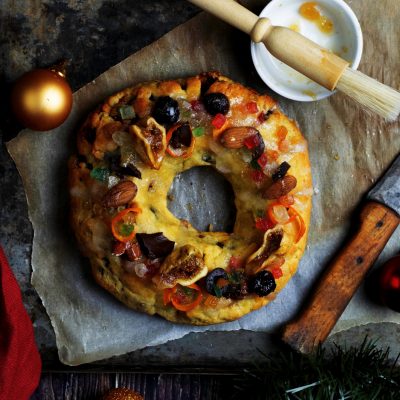 Region you will go, sweet bread you will find!

In Emilia-Romagna there are three "enriched breads" that dominate the Christmas scene, but throughout the Bel Paese we can come across their more or less close relatives. 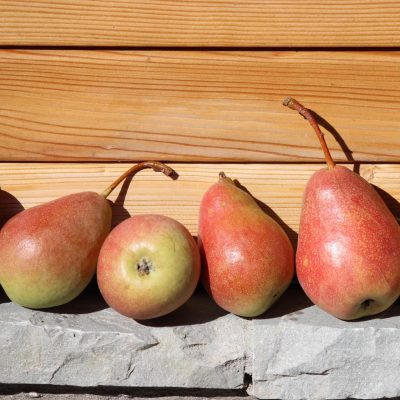 A variety that expressed the best of itself cooked in wine or transformed into mustard, as well as being an ingredient in the filling of tortel dols. 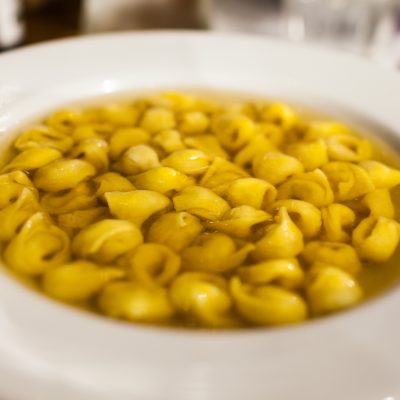 The eternal dispute over Tortellino, the navel of Emilia Romagna

A ring of pasta filled with pork loin, raw ham, mortadella and parmesan: his majesty the Tortellino, the subject of the eternal dispute between Modena and Bologna. 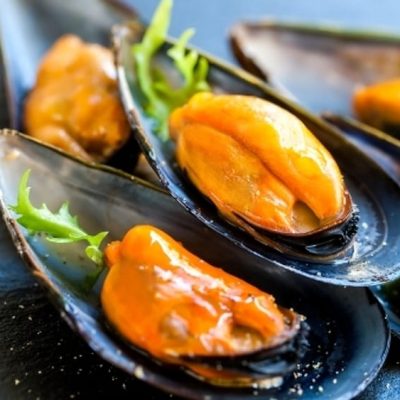 On the trail of the precious Portonovo mussels

To confuse it with the mussel would be a serious mistake: this mussel is not bred, but reproduces spontaneously in the pure waters of the Conero. 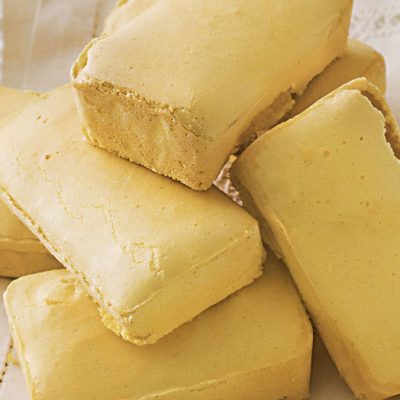 The tasty story of the Africanetti of Persiceto

Discovering the historic biscuits of San Giovanni in Persiceto, still produced today by five businesses adhering to the disciplinary. 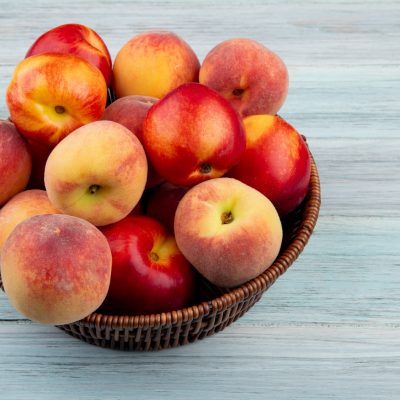 Peaches and Nectarines of Romagna PGI, the queens of summer

Excellences of Italian fruit growing, Peaches and Nectarines of Romagna PGI are a real panacea to be enjoyed this season. 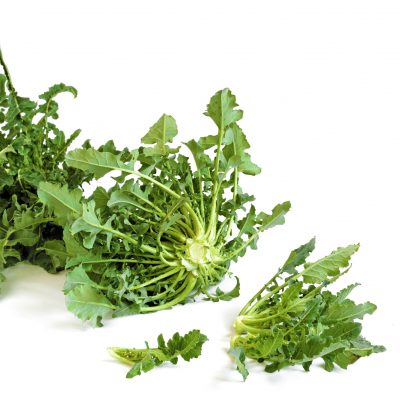 With its unique taste, it is perfect for an infinite number of uses, as demostrated by chef Carlo Cracco, the greatest testimonial of the De.Co. broccoli from Creazzo. 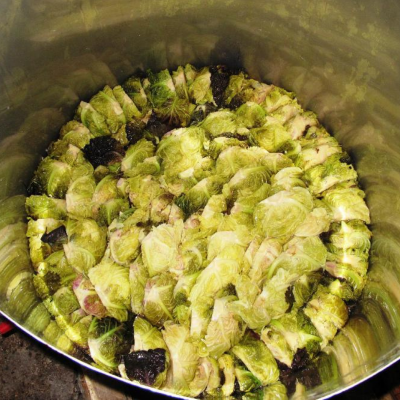 A poor dish, the Composte di Montorso today among the De.co. are an excellence rediscovered thanks to the commitment of Maurizio Nori and Coghi Veneti. 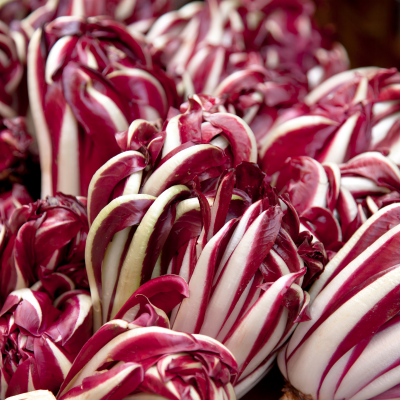 The winter season is alive but, despite the harsh climates, nature can offer delicious first fruits including radicchio. A vegetable rich in taste, history and tradition.