In the Casentino Forest Park

In the National Park of Casentino Forests, nature and history come together in a combination of great beauty and charm. 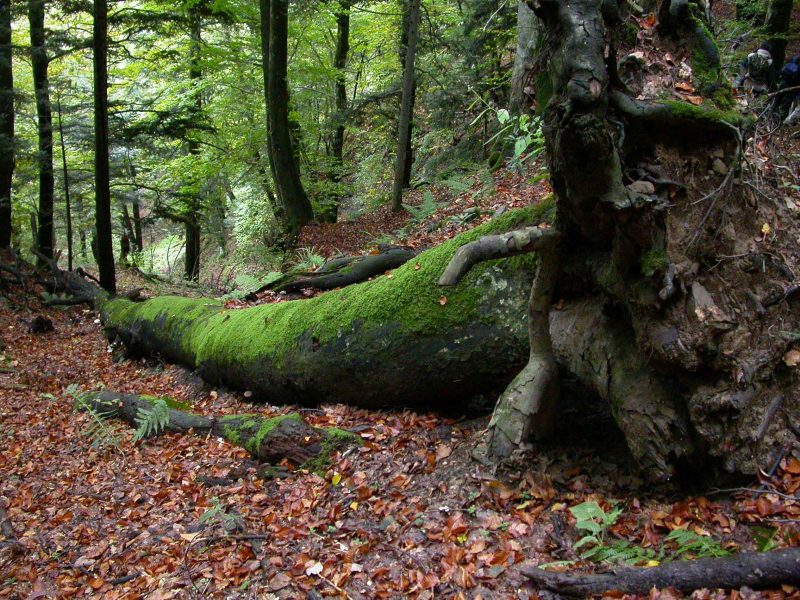 When we talk about Bagno di Romagna, we cannot ignore the naturalistic aspect. Just think that on a total area of 23,352 hectares, only 144 are occupied by towns while the remaining part is divided between forests, woods, streams, lakes and mountains, a sign of a valuable and unspoilt nature.

Much of this green soul pours into the imposing National Park of the Casentino Forests, Mount Falterona and Campigna that extends over 35,000 hectares between the provinces of Forlì Cesena, Arezzo and Florence and that, Today, it is one of the oldest and most important forest complexes in Europe.

Established in 1989, the Park has a thousand-year history guarded not only in two iconic places of great spiritual importance as the Sanctuary of La Verna and the Hermitage of Camaldoli, but evidenced by natural elements that have preserved intact in time their charm.

From the Lake of the Idols, dating back to the Etruscan age, to the luxuriant millenary forests, the Park of the Casentino Forests has been the scenery of the passage of peoples and pilgrims as evidenced by the stone bridges that connected the villages to parishes and abbeys.

A network of trails of over 600 km allows visitors to retrace the traces of those pilgrims and to live a 360 degree nature experience through trekking, mountain bike and ebike or even on horseback and with snowshoes during the winter season.

To support and facilitate these activities, they have been established within the Park of Visitor Centers, which together with the Information Points provide all the information needed to discover each hidden treasure.

This picturesque corner of forest characterized by a rugged landscape, made of steep and steep slopes, has preserved over time an aspect comparable to naturalness in its most authentic version.

Thanks to the lack of access routes for humans, the Reserve is a reference point for the study and protection of biodiversity that characterizes these places, from the flora to the variety of fauna species.

The National Park of the Casentino Forests is a destination to discover and savour slowly, enjoying every single aspect of nature in every season, breathing in full the peace that characterizes it and that fits perfectly with the “slow” soul of Bagno di Romagna.

In fact, within its 764 hectares, there are centuries-old trees (dating back 500 years) among white firs, beeches and other tree species such as mountain maple, hedgehog maple, white hornbeam and over 800 types of mushrooms.

Among the 10 oldest forests in the northern hemisphere, the Sasso Fratino Reserve awarded in 1985 the European Diploma in Protected Areas and declared a UNESCO World Heritage Site in 2017 was created with the aim of preserving a forest remained unchanged over the centuries.

The access, limited only to biodiversity experts, is forbidden to visitors to the Casentino Forest Park.

Biodiversity: the flora and fauna of the Casentino Forest Park
The Parco delle Foreste Casentinesi, in addition to hosting the Integral Reserve of Sasso Fratino, includes the Biogenetic Nature Reserves of Campigna, Scodella, Camaldoli and Badia Prataglia.

It is important to stress this point, because it is also thanks to these conservation bodies that forests have been allowed to remain in a state as close as possible to nature.

The vegetation that populates the Park, mostly wooded, varies depending on the bands in which it develops. In addition to the centuries-old fir trees, beech and mountain maple woods, are widely present species characteristic of the sub-alder belt (between 900 and 1000 meters.): the Hornbeam, the Oaks in Cerro and Roverella, the trees of Chestnut trees (characteristic of the areas of Camaldoli and Castagno d’Andrea) and Pino Nero as well as rare specimens of Cerro-sughera and Leccio in the milder areas.

The prairies and the clearings inside the Park preserve over 1000 herbaceous species that testify to the change of the environment in line with the passage of time, among these there are the Anemone with flowers of narcissus, Sassifraga with opposite leaves and Blueberry dating back to over 20,000 years ago. To further enrich the biodiversity of the Park, contribute the more than 800 species of mushrooms, including the “anguillano” that grows under the leaves of the beeches and unlike the most known porcini is harder and firm with the characteristic slimy surface.

Together with the extreme variety of plant species more than 160 species of vertebrates, 97 of birds and 23 amphibians and reptiles animate the surface of the Park.

In addition to the four species of ungulates, wild boar, roe deer, deer, deer and mouflon that have favored the settlement within the Wolf Park of the Northern Apennines, foxes, hares, moles, porcupines along with mustelids like the weasel, the marten, the badger and the polecat are the fauna of this wonderful natural paradise.

There are also birds, from the blackbird and the tawny owl to birds of prey such as the eagle, the eagle owl and the peregrine falcon, but also amphibians and reptiles (respectively 1/3 and 1/5 of the total species in Italy) such as the spectacled salamander, The snake from the collar and the Aesculapius colubro.

The Wolf of Nothern Apennines

The Wolf of the Northern Apennines, whose first reproductive nucleus dates back to 1982, deserves a special mention, of which, today, there are about fifty specimens subdivided in nine schools inside the Park.

This animal, extremely adaptable that needs only two conditions in order to live, that is, the possibility to find refuge and prey, represents a truly unique and precious resource for the Park.

Despite the collective imagination often indicates the wolf as a danger to the human species, for this animal man is not a prey, but a kind of disturber that often and willingly creeps into its territory.

Suffice it to say that the last case of attack of wolves against man not only dates back to 1800, but is also linked to a case of Wild Rage.

To inform and educate on the true nature of this animal, within the Park have been started projects including the realization of the video “Ten things to know about the wolf” born from the collaboration between Wolf Apennine Center of the National Park of the Tuscan-Emilian Apennines, Center for Protection and Research of Exotic and Wild Fauna – Monte Adone together with the writer Giuseppe Festa.

In addition, after the first successful edition of 2013, the Wolfnet project was relaunched. 2.0 activated in partnership with the National Parks of Majella, Pollino, Gran Sasso, Sibillini, Abruzzo and the Tuscan-Emilian Apennines.

Among the objectives: the implementation of the integrated monitoring system of the wolf population, the reduction of health risks that can adversely affect the wolf population, the prevention of illegal mortality, the improvement of knowledge of the impact of the wolf on livestock and the development of management solutions, the promotion of a culture of coexistence and proper communication activities.

In the Casentino Forest Park, in particular, monitoring systems have been strengthened in order to prevent and combat the illegal mortality of this animal so essential for the protection of biodiversity within the Park.

A park that changes with changing season 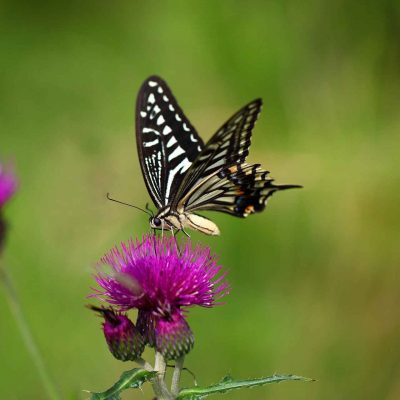 One of the great resources of the National Park of the Casentino Forests is the ability to change according to the seasons, always offering new scenarios and new suggestions.  Spring is the moment when nature wakes up after a long and harsh winter. It’s this season that Cardamini, Bucaneve, Scilla and Cordiali open at the foot of the beeches intoxicating the air of scents and colors.

The summer season, in which the days get longer and it becomes pleasant to spend time in the open air, is perfect for hiking in one of the many paths that cross the Park, either on foot or by mountain bike or bybike, and indulge in a moment of refreshment immersed in the clear waters that are within.

Autumn is perhaps the most striking season. It is in this period that the Park offers a real natural spectacle, the fall foliage during which the green of the leaves, after being covered by a thin layer of cork, gives way to an explosion of bright yellow colors, orange to red.

To make this moment of the year even more evocative, contribute the deer with their lusts of love howled through which the adult male deer moves away the younger deer with which it contends the female.

In winter, the forest is covered with a white blanket becoming the ideal setting for a walk with snowshoes to discover and, for the most sporty, fun outdoor activities from bobsleigh, snowboarding to ski with two slopes and a cross-country.

The Park is fully among the driving forces of the tourist offer of the High Savio, for this reason it was necessary to identify the right segment of users to refer to.

The aim is to promote a “naturalistic” type of tourism, suitable for people who love contact with nature and who want to live a 360 degree outdoor experience.

In addition to the natural beauty and richness in terms of biodiversity, the Casentino Forests have an indisputable historical value.

Dante Alighieri mentions the Acquacheta Falls in the Divine Comedy and Dino Campana narrates the beauty of the wonderful forests inside his Canti Orfici.

Moreover, thanks to its geographical location, the Park has been for many centuries a destination for pilgrims on their way to Rome. This aura of spirituality is well represented and preserved in the two spiritual centers of the Hermitage of Camaldoli and the Sanctuary of La Verna that are characterized by having influenced the surrounding nature in a totally different way. 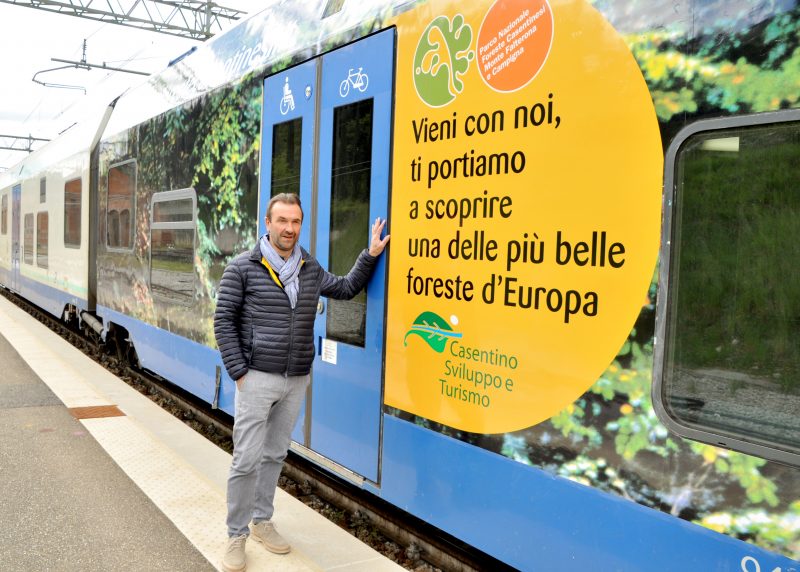 Around the Hermitage of Camaldoli, under the Benedictine motto of the ora et labora, a white fir forest has been planted while the Monumental Forest that rises near the Sanctuary of La Verna fully embodies the Franciscan philosophy, in which each substance is composed of form and matter.

Another pole of great interest in the context of the Park is the Integral Nature Reserve of Sasso Fratino recognized in 2007 World Heritage Site and whose natural charm has been maintained over time, allowing biologists and naturalists to closely observe specimens over 500 years old.

In recent years the Park has attracted many tourists, as evidenced by the trend of overnight stays in sharp growth. If 180,000 were registered in 2013, in 2018 the figure reached 475,000 and is constantly growing.

The last year then, saw a real boom on social media. On our Instagram channel we recorded 18 million interactions and on Facebook 12 million, figures that add to the pride of being the 4′ profile in the world most followed as regards parks.

A result to be proud of and that confirms how much this Park is appreciated in Italy and in the world.

DISCOVER THE OTHER TREASURES ABOUT BAGNO DI ROMAGNA!