Sorry if I buttonhole!

In Santarcangelo, Giorgio Gallavotti tells the story of the button in his museum, the first and only in Italy. 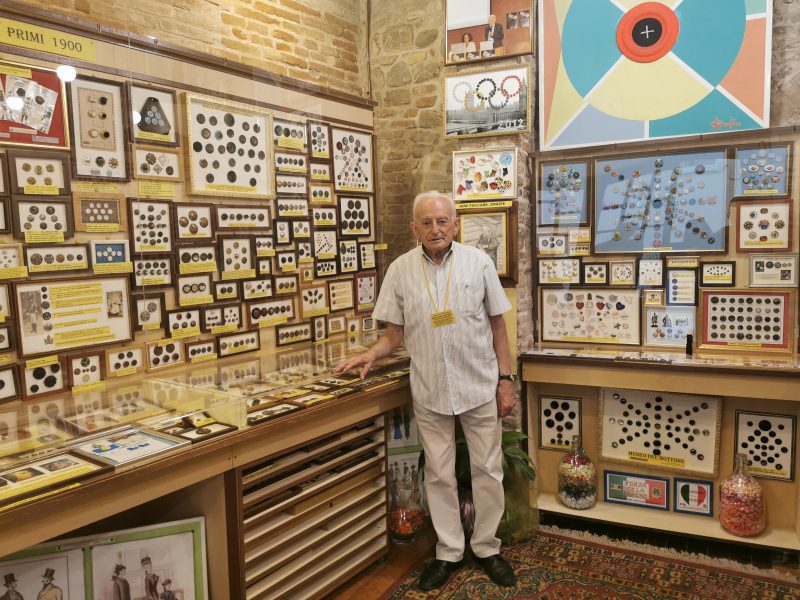 There are stories that you probably will not find written in any book but that can still arouse great wonder in those who listen to them generating interest and curiosity. Giorgio Gallavotti’s is one of a kind, being the creator and owner of the first and only Buttons’ Museum in Italy.

What’s with the buttons? The answer to this question combines social and cultural importance, a beautiful family memory that Giorgio does not fail to evoke with pride and emotion.

After having worked for years as a peddler my father Giacomo Gallavotti, known in Santarcangelo di Romagna as “Berto ad Zucchi”, decided to get from an important bazaar of early 900 a haberdashery.

Here, starting from 1929, I began his sales activity together with my mother and a small, but curious, helper who since then was extremely fascinated by these precious objects: the buttons.

I was only six years old, but those Art Nouveau and Art Deco works of art incredibly tickled my imagination, taking me to distant places, the same ones discussed at dinner listening to Radio Londra.

And so, one step at a time, Giorgio begins to collect all the buttons that pass in his hands creating paintings to catalog them.

It starts with passion,  until,  in 1991 he participated in the Hobby Exhibition organized in the Council Hall of the City of Santarcangelo arousing favorable opinions and a lot of curiosity among visitors.

At that point, encouraged by the success achieved, I began to think that I should give a concrete form to my dream and tell the story of my family within a space of my own. With the closing of the haberdashery in 2002, I realized that the time was ripe and that my project had to be realized.

In 2008, with his beautiful load of stories to tell and a large number of buttons in tow, Giorgio decides to give life to the Museum of the Button, a place that retraces the history of society in a journey among 15,000 buttons from all over the world.

The world of buttons can be divided into two main phases: the ancient and the modern ages.

During the first, the buttons were the exclusive prerogative of the men who wore a number ranging from 50 to 200, all sewn on the same dress but specially made with materials ranging from diamond down.

It is clear, therefore, that in the past the buttons provided a real indication of the social status of those who wore them.

In this regard, I think it is imperative to “bother” two characters that buttons have made a means of ostentation. Louis XIV was an “enlightened” sovereign in all senses, just think that on a single garment wore 816 buttons in hard stones and 1826 diamonds!

Francis I, for his part, not to disfigure in front of the Sultan decided to receive him wearing a black velvet robe on which glittered 13,600 gold buttons. You can easily imagine the reason why!

Not only an element of union between two strips of fabric, with the advent of modern times the button begins to tell stories of all kinds.

It ranges from the emancipation of women narrated through the objects that have marked the stages, from the fan to the clutch, up to the haute couture button on blue majolica with a touch of gold made by Pablo Picasso for Cocò Chanel.

There is also space for the most current events from the attack on the Bataclan up to Covid-19, whose molecule was imprinted on a glass spherical button.

And speaking of pandemics, that wasn’t enough to stop Giorgio, either.

In the months when by decree we had to close the Museum, I did not want and I could not stop. For this reason, aware of the great power of social media, I decided to tell the story of the buttons in the form of short videos published in episodes on the Facebook profile of the Museum. A great way to keep your mind trained and your memory awake!

But how far can a button go? Giorgio tells us that it can also reach distant places and not only with imagination.  And in fact, the Museum of the Button houses the buttons of the polo shirts that Luca Parmitano and Samantha Cristoforetti wore aboard the spaceship ISS.

I’ve seen and received so many buttons in my life, but there’s an episode about everyone that keeps getting excited and full of pride.

In 2016, on the threshold of my 81 years, I found myself often doing the same thing. On January 4, 2017, seeing the provenance of an envelope delivered to me by the postman, I launched a scream that they will have heard to the Vatican.

My thought had become a reality, Pope Francis had sent me the buttons of his cassock! An indescribable joy.

Giorgio, in addition to boasting an annual flow of over 40,000 visitors at his Museum, can boast of worldwide recognition.

In Patagonia, in fact, in 2017, a room was dedicated to him inside the Museum of the Button in the first museum of the Latin American button, also, the oldest Club of button collectors, which has 3500 members around the world, has dedicated a space to him within the book n.76.

With its Buttons’ Museum, Giorgio is part of the National Association of Small Museums, which includes museums that enhance the link with the territory and offer visitors original and welcoming experiences.

At the end of the visit, Giorgio dismissed us with a beautiful gift (a souvenir button) and a very warm smile, concluding: sorry if I buttonhole! 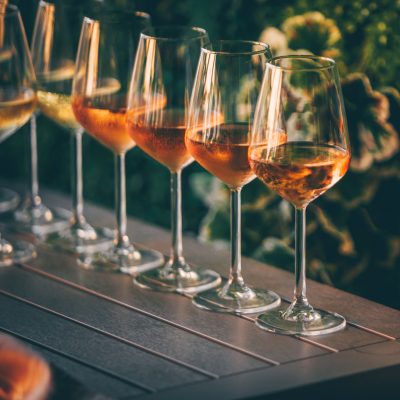 Orange is the new white!

Orange wines, or the other color of macerated white wines; an ancient tradition, revived and properly renamed, whose roots go back to the past of a peasant Italy. 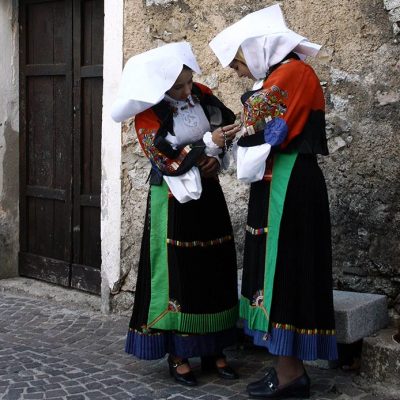 The artisanal tradition hidden in the alleys of southern Italy

Last part of our journey through the most beautiful villages in Italy and their craft tradition: the south and the islands, joy for the view and the palate! 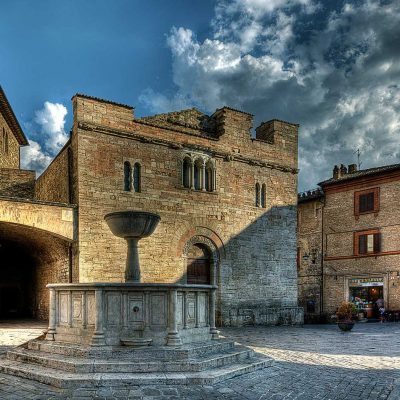 Villages and craftsmanship, an inseparable combination

The pretext for a trip out of town is immediately served: let's start in search of the most typical craftsmanship of minor central Italy, to get to know its most beautiful villages. 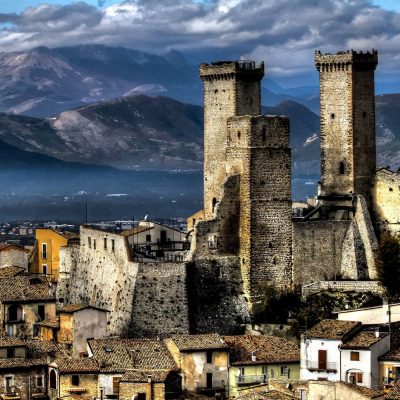 Hunting for crafts in the most beautiful villages of Italy

If this year the tourism of proximity has the best, we leave for the most beautiful villages of Italy to discover the most typical handicraft! 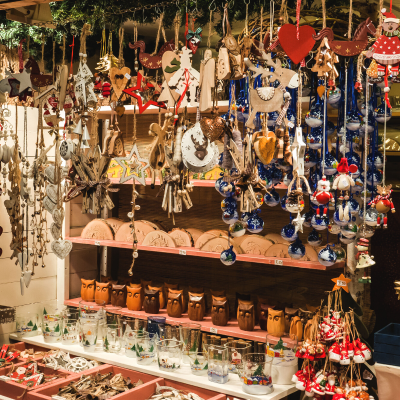 Christmas markets 2021, the most beautiful to visit

There is no Christmas without markets. The cities dress up to party among lights, trees and handicrafts in a magical atmosphere. Here are the most beautiful markets for Christmas 2021 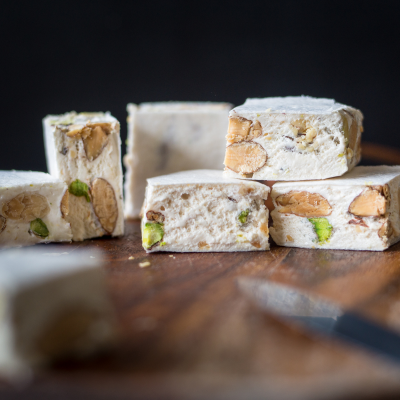 From the Romans to the Arabs until the landing in Cremona. For centuries the nougat is a must among the desserts that can not miss on the tables of the Christmas holidays 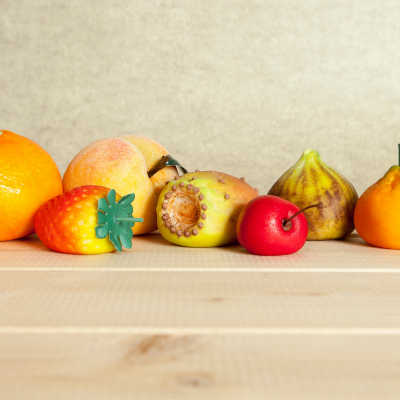 Royal pasta, marzipan or martorana fruits? What is certain is that in the Sicilian tables, during the feast of the dead, this cake can not miss. 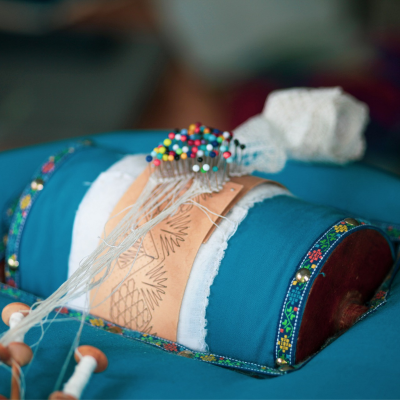 The bobbin lace of Sansepolcro

Since the early twentieth century the history of Sansepolcro, in Valtiberina, is inextricably linked to the charm of the working of bobbin lace started by the sisters Marcelli. 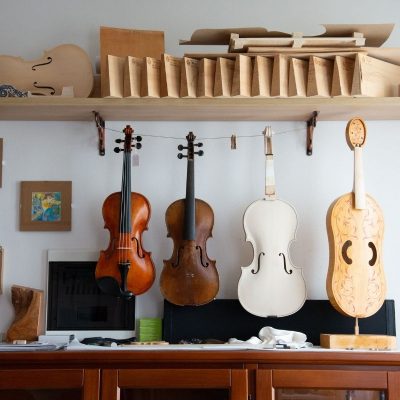 Art and sounds in the magical world of violin making

Roberto Montagna, luthier, first for passion and then for profession, takes us to his workshop to discover the secrets of this ancient craft technique 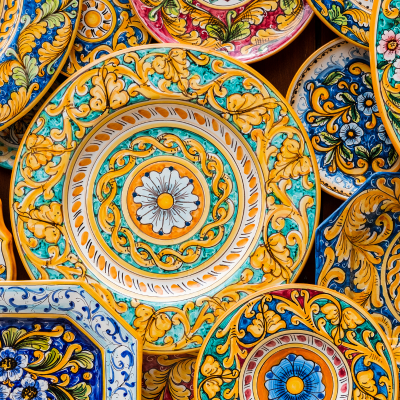 Ceramics an art between myths and legends

Among the most widespread artistic traditions in Sicily there is that of ceramics. A material that brings with it a timeless story in a unique declination